Ugland Shipping AS has recently contracted six supramax bulk carriers of the TESS 58 design, the last one for delivery in September 2012. 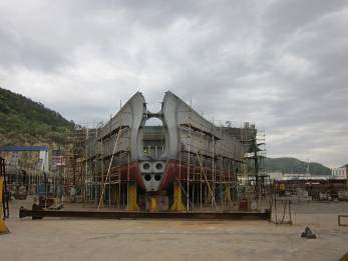 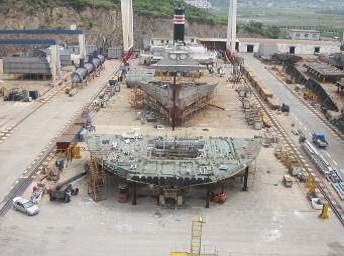 So far construction is going ahead as planned. Steel cutting started in February this year. The launching date has been set for July 27th, and delivery is expected approximately six weeks thereafter. The pictures enclosed illustrate the block construction development and great things will take place from now until launching.

The TESS 58s already delivered have served Ugland Bulk Transport AS well. She is being built in accordance with the Panama Flag state requirements and NK Class. On delivery the vessel will change flag to NIS, with Grimstad as its port of registry. As NK is now approved by the Norwegian Maritime Directorate, she will remain NK Classed.

FLEET RENEWAL AND SALE OF VESSELS

During the past years a fleet renewal process has been ongoing bringing newbuilds into the fleet and selling off vessels.
/ Read more
FLEET RENEWAL AND SALE OF VESSELS
30.09.2020 09:08

NAMING AND DELIVERY OF MV FERMITA